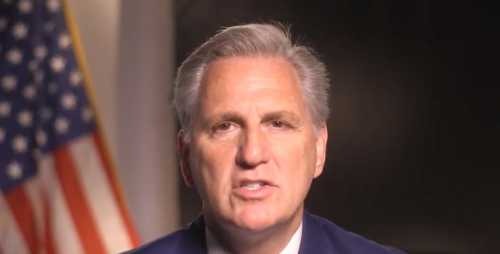 CNN journalist Manu Raju tweeted that McCarthy appears to still be taking marching orders from the powerless ex-president who left office with a low approval rating with the general public.

Meeting comes at a key time. McCarthy has not chosen whom to pick to sit on the Jan. 6 select committee, and as McCarthy has said he would be willing to talk about his conversation with Trump that day to anyone. Trump also is urging Rs to oppose bipartisan infrastructure deal https://t.co/8NSvs25oun