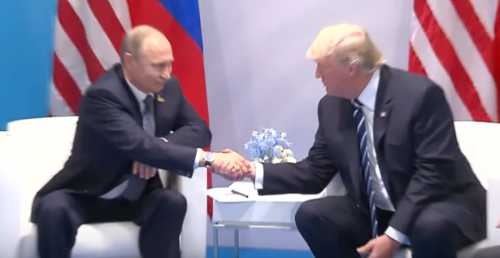 The leaked Russian documents describe Trump as “impulsive, mentally unstable and unbalanced individual who suffers from an inferiority complex,” and refer to “certain events” that happened during his previous trips to Moscow, which some on Twitter speculate may be the infamous pee tape:

BREAKING: New reporting from the Guardian reveals that Putin did indeed have compromising material on Trump from non-official visits to Moscow prior to his presidency.