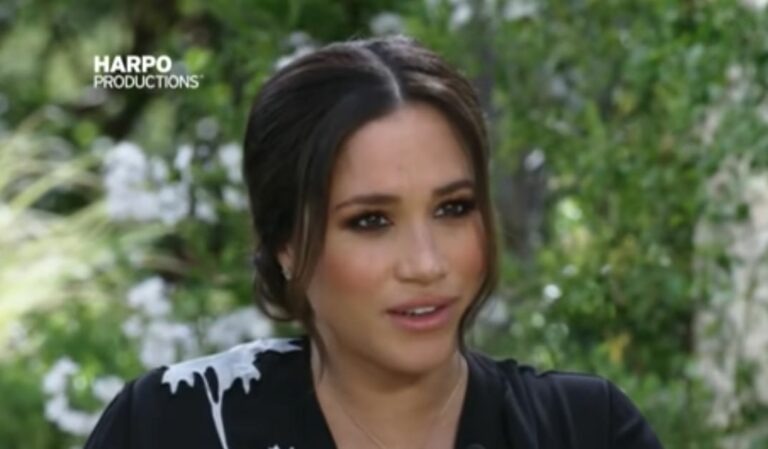 The British Media and ABC’s “Good Morning America” helped spread wild accusations from Buckingham Palace in 2021 about Meghan Markle supposedly bulling staff at the palace when she lived there with Prince Harry.

These claims were made very close to the airtime of the interview Prince Harry and Markle gave to Oprah Winfrey. There was never any evidence presented of these accusations, which were stated on “Good Morning America” by Valentine Low, a reporter for The Times in the UK.

While this was one of the biggest stories in 2021 there was oddly little to no follow up by Low or other journalists.

Buckingham Palace, which originated the claims in 2021, has now announced the results of its internal investigation (paid for by the Queen) of the claims will not be released to the public for reasons unknown, notes The Times reporter Roya Nikkah. Nikkah claimed that the unreleased report has resulted in changes to the “policies and procedures” governing treatment of staff.

For reasons unknown, Nikkhah did not mention that she contributed to spreading the accusations about Markle in 2021.

EXCLUSIVE Twists in the Duchess of Sussex’s court battle this week are “the tip of the iceberg” and “a lot more” could emerge, royal sources tell me, as Buckingham Palace confirms its ongoing bullying investigation has raised “issues” @thesundaytimes https://t.co/iOqmflOt9W

Rebecca English, an editor for the Daily Mail , also pushed the unfounded abuse claims regarding Markle in 2021. English claimed that Markle hissed at a palace staffer in 2018, but English waited 3 years to reveal the accusation right before Markle’s interview with Oprah. English has blocked NewsVideoClip.com on Twitter.