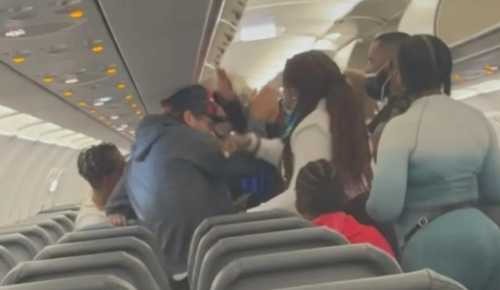 Kiera Pierre Louis, who goes by Milli Miami on Instagram, filmed a fight between passengers who were leaving a Frontier Airlines flight from Philadelphia at the Miami International Airport on July 18.

Louis recalled the incident to WPLG:

Police told WPLG News the Black passenger was not held back, but chose to stay so he could file a police report. Ultimately, police said he decided not to press charges and the passenger who allegedly started the brawl was able to leave