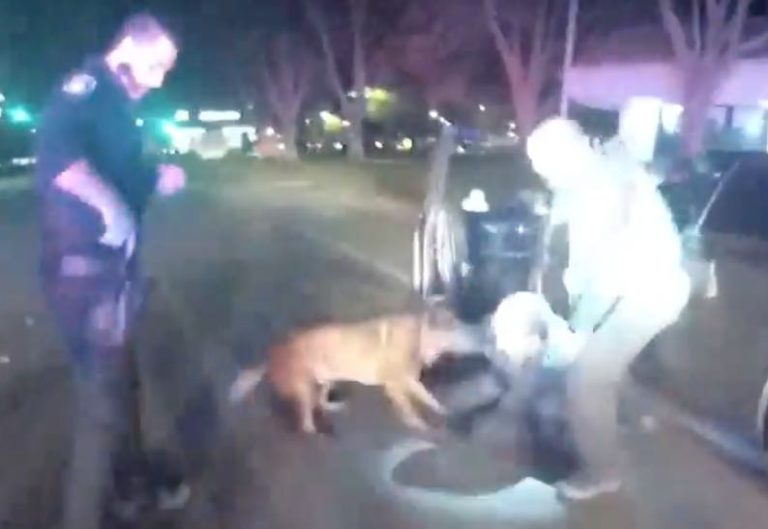 Police turned a dog loose on on Ali Badr, an Egyptian immigrant and Uber driver, in San Ramon, California on Dec. 20, 2020.

The San Francisco Chronicle, (which posted a video of the attack) reports: “Badr was unarmed, barefoot and not resisting, but was suffering grievous and permanent injuries.”

Badr reportedly missed a payment on his car, and the rental company claimed it was stolen.

Badr has recently filed a lawsuit against city of San Ramon, its police chief, K-9 handler/police officer John Cattolico and six other cops for excessive force, assault and battery, and violation of civil rights.