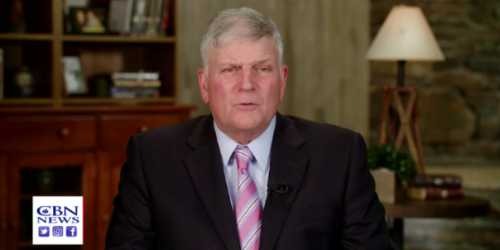 Graham — who often calls for new laws to restrict legal abortion — insisted new laws were not needed for mass killings, but rather religious conversion to his version of God: