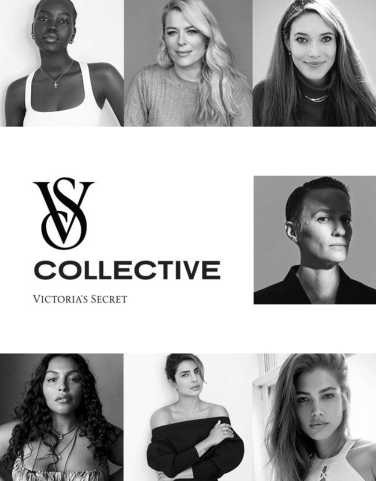 In a press release, Victoria’s Secret described The VS Collective as “an ever-growing group of accomplished women who share a common passion to drive positive change.”

Victoria’s Secret CEO Martin Waters called The VS Collective “a dramatic shift,” and added: “It’s a shift that we embrace from our core. These new initiatives are just the beginning. We are energized and humbled by the work ahead of us.”

The New York Times reported in 2020 that the lingerie company has a history of “misogyny, bullying and harassment, according to interviews with more than 30 current and former executives, employees, contractors and models, as well as court filings and other documents.”

The Model Alliance issued a statement in response: “We stand with the courageous women who have come forward and shared their stories, despite fears of retaliation or harm to their careers.”

E! News reported in 2019 that Victoria’s Secret was facing competition from inclusive brands like Aerie and Savage x Fenty, which may have impacted its declining sales.