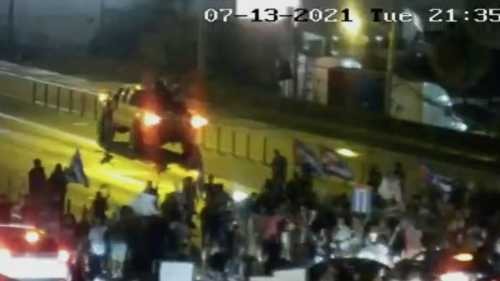 Dozens of Cuban protesters blocked the Palmetto Expressway for hours in Miami, Florida, on July 13.

One protester told WFOR about their mission on the highway: “We are fighting for freedom. It is very difficult. American people need to join with the Cuban.”

After taking over the highway for hours, the protesters were finally moved by the Florida Highway Patrol, but then the protest moved to surface streets and blocked more traffic.

Miami Mayor Francis Suarez called for the U.S. to possibly bomb Cuba, but failed to mention the global consequences of an attack on Fox News on July 13.