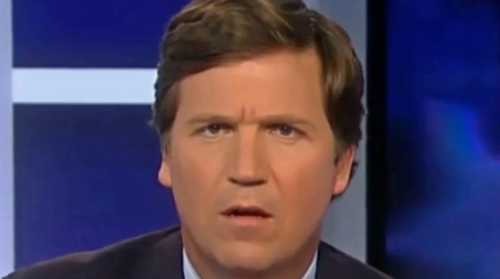 Fox News host Tucker Carlson has blamed his first grade teacher, whom he identified as Mrs. Raymond, for his hatred for liberals.

Carlson, who attended the elite La Jolla Country Day School in California, has called his former teacher “a parody of earth-mother liberalism” who “wore long Indian-print skirts” and “had little interest in conventional academic topics, like reading and penmanship.“

Carlson has claimed Raymond sobbed at her desk: “The world is so unfair! You don’t know that yet. But you’ll find out!”

Carlson has also blamed Raymond for him needing a tutor: “Mrs. Raymond never did teach us; my father had to hire a tutor to get me through phonics.”