Arizona Gov. Doug Ducey Makes it Illegal to Film Police While They Beat and Kill People, Similar Censorship Laws Have Been Struck Down Since 2019 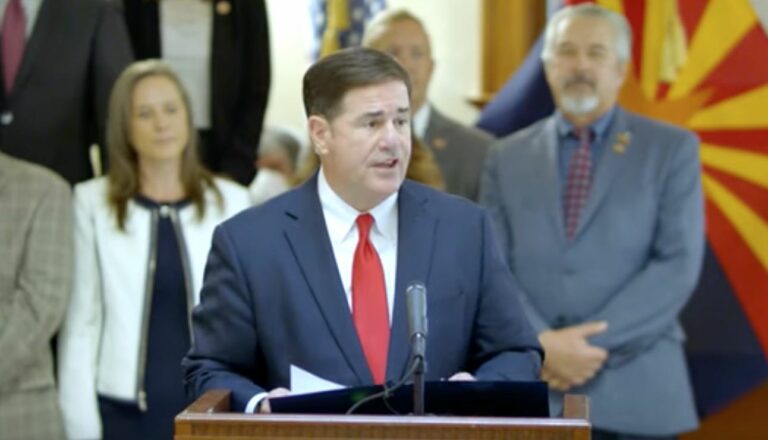 Republican Arizona Gov. Doug Ducey signed alaw that makes it illegal to film the police within eight feet — even if they are beating or killing someone — without their permission, notes Yahoo News.

Ducey claimed without any evidence that the new censorship law “promotes the safety of police officers.” oThe law also allows cops to stop someone from filming them on private property, even if the person has the owner’s consent. The censorship law was sponsored by Republican state Rep. John Kavanagh.

Stephen Solomon, a constitutional expert and director of the Arthur L. Carter Journalism Institute at New York University, told the Washington Post said this type of “blanket restriction is a violation of the First Amendment.”