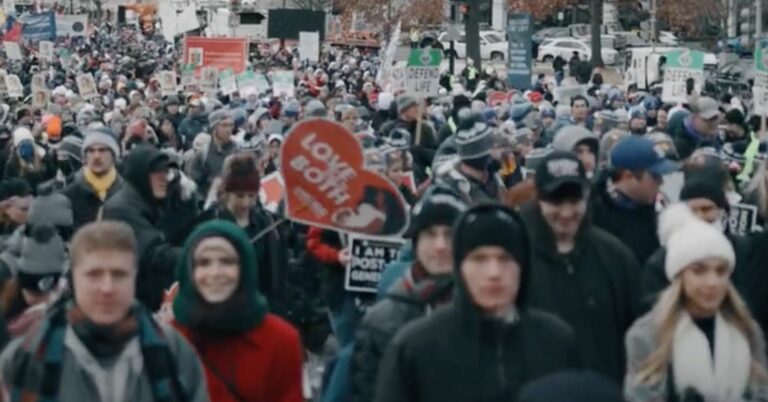 The anti-abortion “March for Life” event in Washington D.C. drew tens of thousands of people, but few wore masks, even though the COVID death count is about 4,000 a week.

This was exactly like the 2022 march, which was also a super-spreader. The organizers of the event called for defending laws that force women, girls and rape victims to give birth and to make abortion “unthinkable.”

One of the major figures in the march falsely claimed that abortion is “never medically necessary.”

“March for Life” president Jeanne F. Mancini claimed (with no evidence) that 91% of Americans support pregnancy resource centers, which have been condemned for their dishonesty and deceit by the American Medical Association.

Rep. Steve Scalise (R-LA) who opposes universal care, including prenatal care, was also there to lecture people on “life.”