POLL: 1 of 5 Americans Believe Microchips Are Inside COVID Vaccines 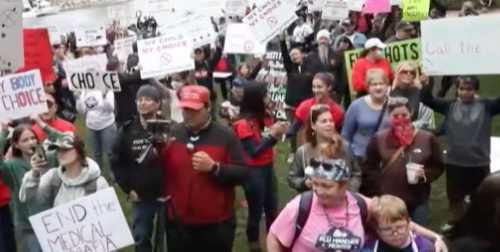 One in five Americans believe a wild conspiracy theory about microchips being planted inside COVID-19 vaccines, according to a poll by YouGov and The Economist (video below).

Despite a complete lack of evidence, 15% of Americans said this conspiracy theory was “probably true” while another 5% said it was “definitely true.”

The poll also found that 27% of people aged 30-44 support this insane claim, including 8% of Biden voters and 29% of Trump voters. About 14% of Democratic voters and 32% of Republican voters also believe the crackpot theory.

Microsoft founder Bill Gates has been falsely accused of being the mastermind behind the microchip and vaccine nonsense, reported VICE News in January.