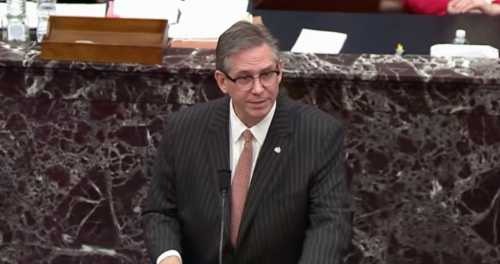 Lawyer Bruce Castor, who defended former President Donald Trump during his impeachment trial, was a key player in the Pennsylvania Supreme Court’s ruling that vacated the 2018 sexual assault conviction against Bill Cosby and effectively freed him, reports The Washington Post.

The Pennsylvania Supreme Court noted that Castor, then the district attorney for Montgomery County, Pa., made an unwritten deal with Cosby in 2005 that said Cosby wouldn’t be charged for the criminal sexual assault claimed of Andrea Constand who had sued Cosby.

With the non-court approved deal in place, Cosby admitted in a deposition that he pursued sex with younger women and drugged them with Quaaludes, but insisted that was not rape, noted BBC News.

Cosby settled his civil suit with Constand in 2006 for $3.3 million. However, the statue of limitations had not expired, and Cosby was charged for assaulting Constand in 2017. He was ultimately convicted in the criminal case of sexual assault in 2018.

Castor said he made this non-sanctioned and non-written deal to prevent Cosby from pleading the Fifth Amendment during the Constand’s civil case, reports The Washington Post: