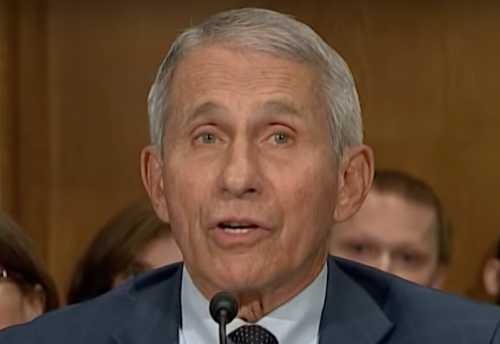 The hashtag #FauciLiedPeopleDied began trending on Twitter one day after Dr. Anthony Fauci called out Sen. Rand Paul (R-KY) who falsely claimed Fauci was somehow personally responsible for the deaths of millions (video below).

Twitter users — mostly COVID deniers and anti-vaxxers — ignorantly cited a 2017 announcement by Francis S. Collins, Director, National Institutes of Health (not Fauci) that the pause in funding gain-of-function (GOF) experiments would be lifted by the Trump administration (not Fauci).

One of the biggest liars on Twitter was Rep. Lauren Boebert (R-CO), who literally claimed Fauci funded the experiments.

Gain of function Fauci funded the Wuhan Institute of Virology, lied about it to Congress, and the media is letting their patron saint get away with it.#FauciLiedPeopleDied

Paul said that NIH funding enabled gain-of-function experiments were used in a Wuhan, China, to create COVID-19, but Fauci destroyed this false claim during a hearing on July 20.