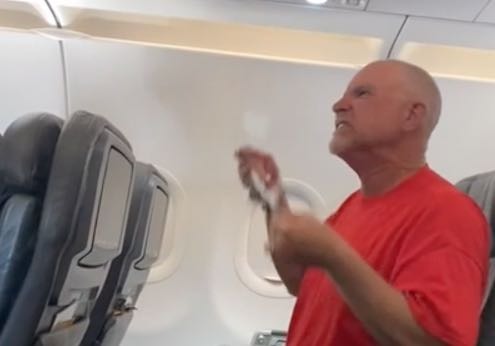 A man was filmed growling like an animal while having a racist meltdown during an American Airlines flight from Los Angeles to Salt Lake City on Sept. 6.

Witness Dennis Busch wrote on Instagram that the man yelled at a woman of Asian ethnicity to sit down and told flight attendants that the woman and the person she was with “didn’t belong here.”