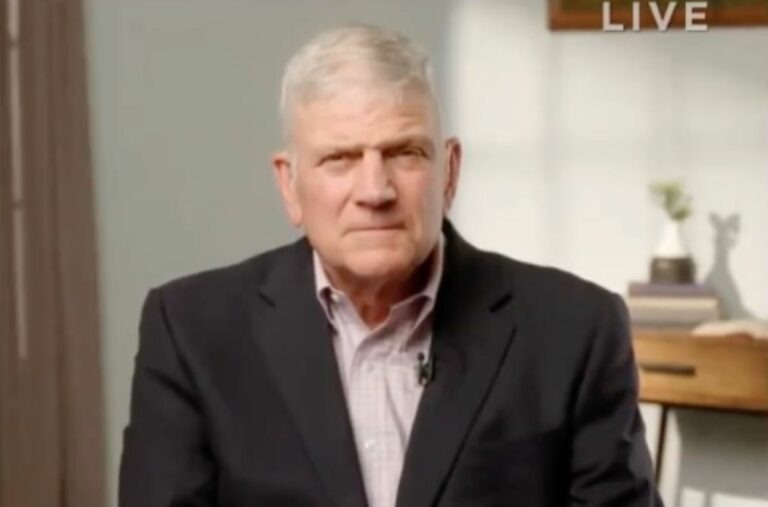 I’m afraid if you if you speak out, if there’s any dissent whatsoever against the federal government, they will use the IRS or the Department of Justice or the FBI to investigate you, come to your home, these kinds of things, to keep you quiet. And so I think that’s where we’re heading. It’s almost like what we saw in the Soviet Union, and this is happening in this country; the socialists in this country are wanting to destroy this country. They want to take away our freedom, and so we need to be concerned.

Graham falsely claimed the Democrats don’t have anyone to run against Trump in 2024 even though President Joe Biden defeated Trump in 2020: